MJT & Company was commissioned to inspect and provide a proposal to reroof a repeat customer’s building.  There were eight separate and distinct roof sections with different decks and existing roof components.

In addition, access to the roof for loading and dumping debris was limited from not only the space required but also the time we could tear off any of the roofs.

Finally, one of the larger areas was a Butler style metal roof that requires a much different type of roof specification than a conventional low sloped roof.

Each roof was inspected to determine if a new roof required the existing assembly to be removed to the deck or if we could recover the existing roof.

Out of the eight sections, only two could be recovered. The other roof was removed to the deck, new 3.5” insulation board installed and .060 GAF TPO attached using RhinoBond Technology.

The Butler style building was re-roofed using a “fill in the flute” type system. Basically, we cut rigid insulation to fill in the flutes and then fasten a cover board over the top fastening into the purlins. The final step is installing TPO over the new insulation using the Rhinobond fastening system.

A customer received GAF’s Everguard Diamond Pledge NDL Twenty-Year Roof Warranty on every roof. This warranty is non-prorated and covers workmanship for the entire length of the warranty.

GAF under their Wellness Program will extend the opportunity to extend the warranty an additional five years free of charge by doing one maintenance inspection a year. 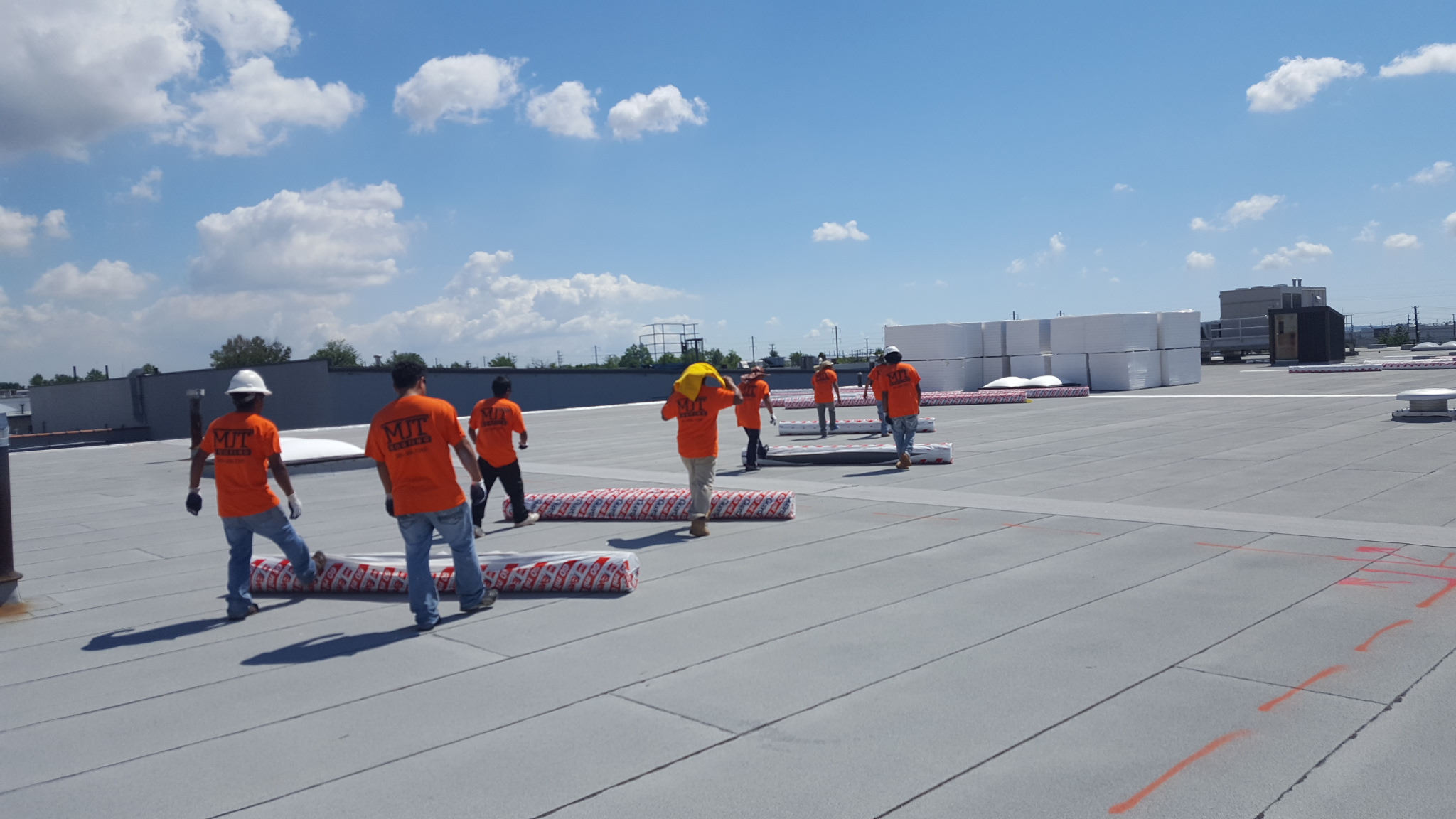 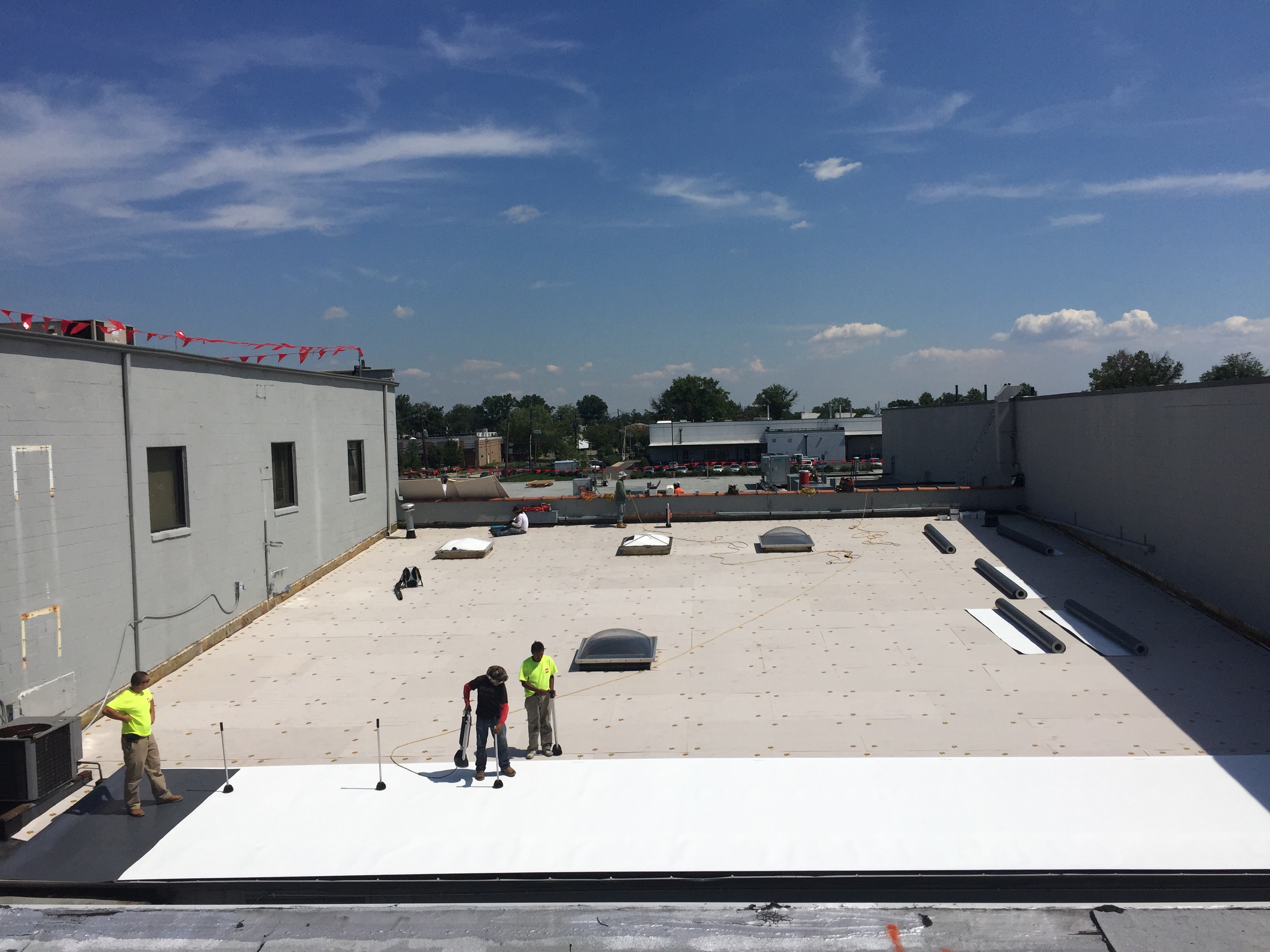 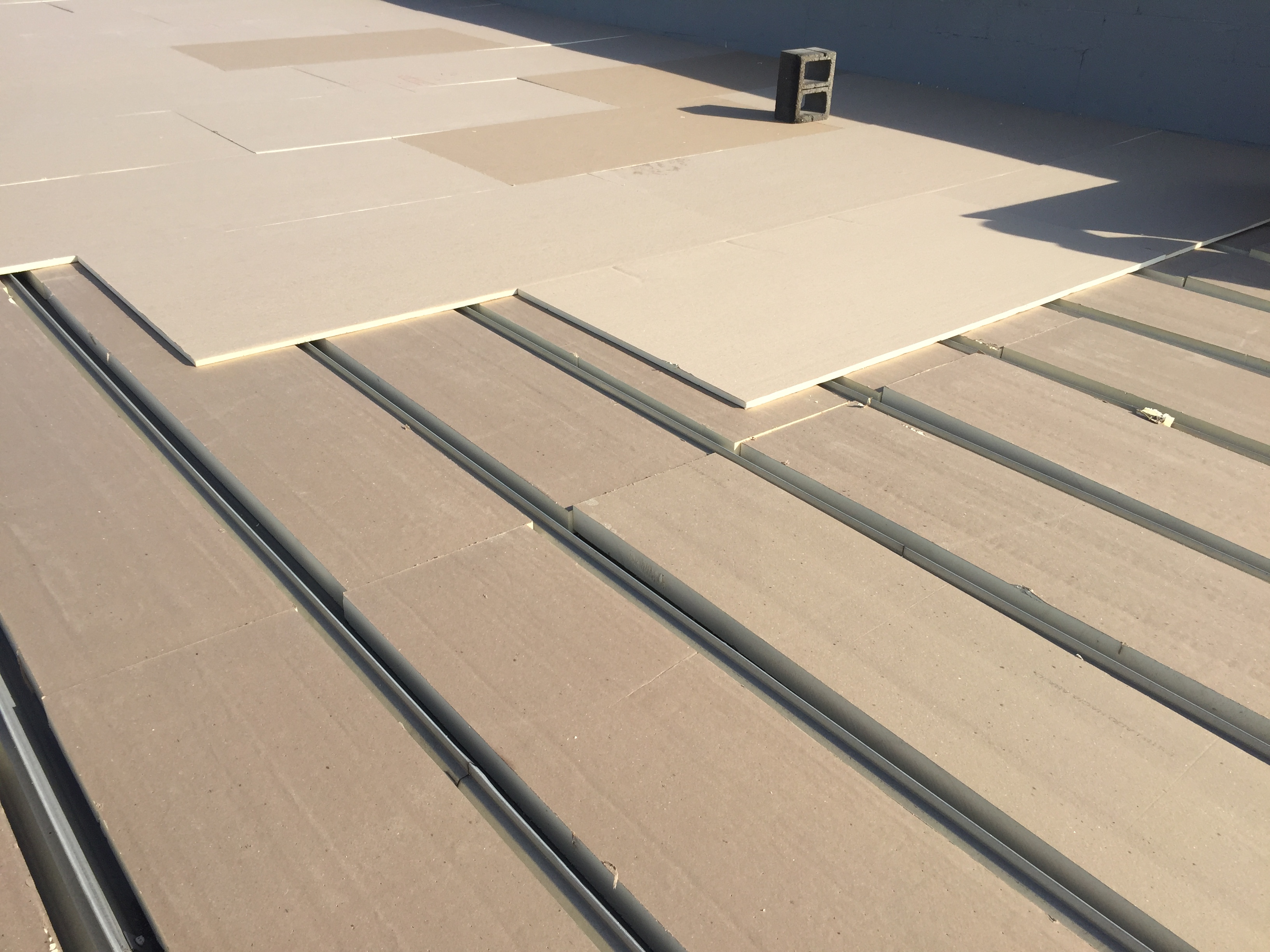 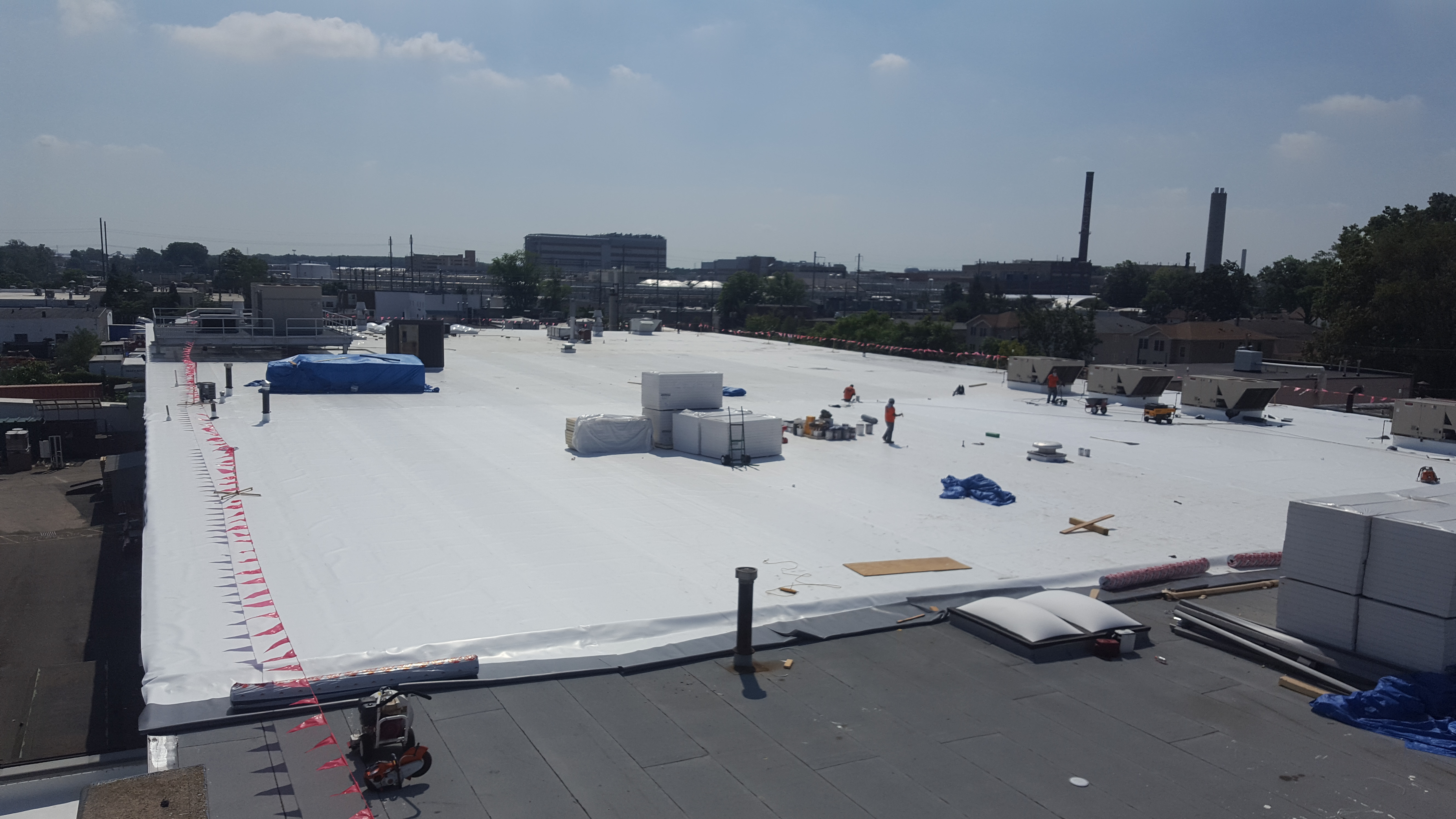 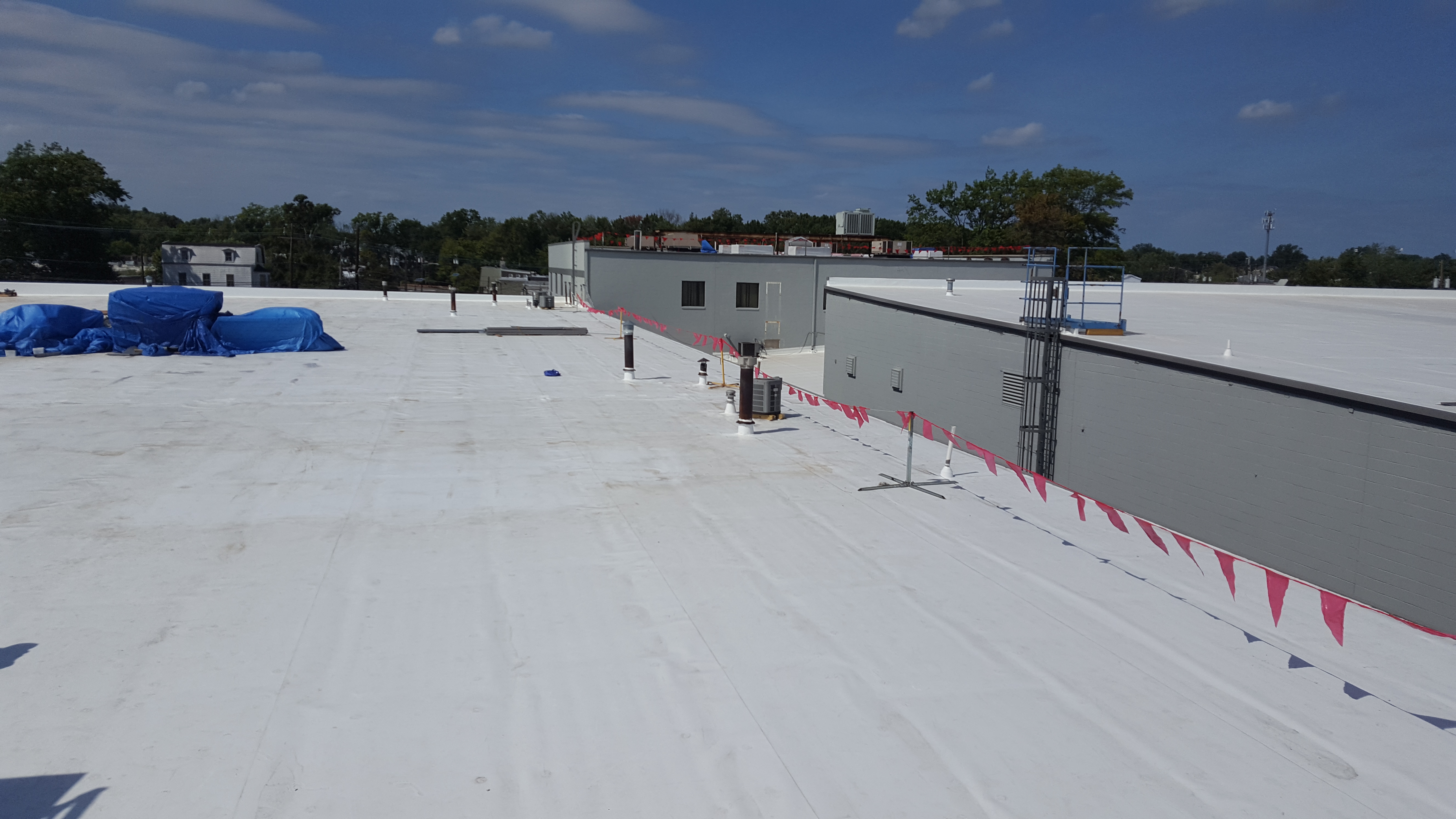 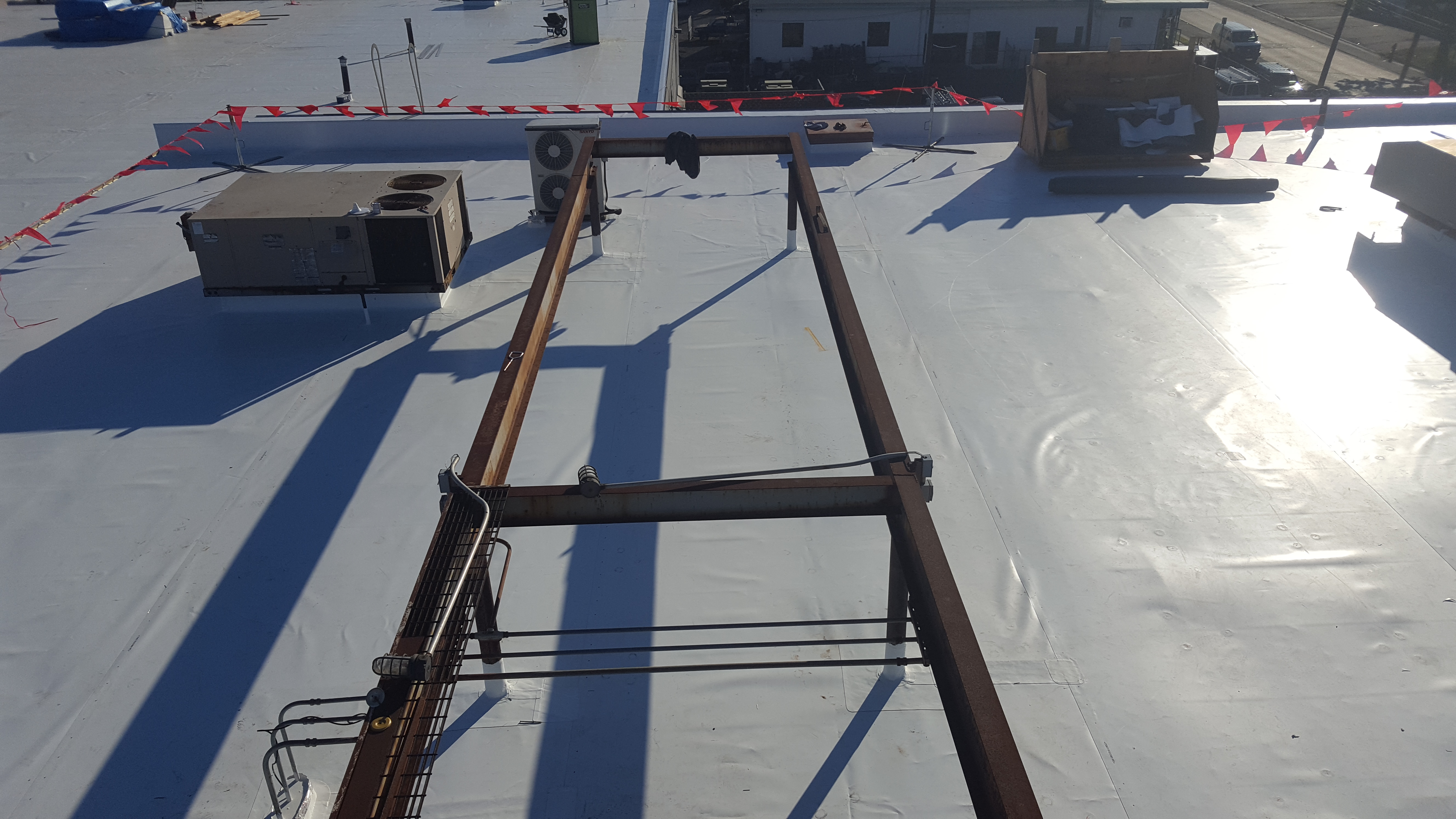